Soon after Katrina devastated New Orleans, a Florida airline named Help Jet announced its plan to be “the first hurricane escape plan that turns a hurricane evacuation into a jet-setter vacation.” As Naomi Klein recounts in The Shock Doctrine, her compelling study of the dark heart of contemporary capitalism, the idea was to scoop up an entitled few as the storm approached and jet them off to “five-star golf resorts, spas or Disneyland.” Those who could not afford seats would presumably have to wait for nonexistent buses.

While such a scheme would have seemed outlandish just a decade ago, Ms. Klein shows that the Help Jet concept is in tune with an exploding business trend. The smart money these days is in catastrophe: Hurricanes, tsunamis, political upheavals and wars have become the new profit points in the age of “disaster capitalism,” which sees cataclysms “as exciting market opportunities.”

It’s a movement rooted in the laissez-faire theories of the late economist Milton Friedman and his disciples at the University of Chicago. “Friedman dreamed of depatterning societies,” Ms. Klein reminds us, “of returning them to a state of pure capitalism, cleansed of all interruptions—government regulations, trade barriers and entrenched interests.” The problem was that though Friedman claimed his ideology went hand in glove with spreading democracy, “free people just didn’t seem to vote for politicians who followed his advice.”

Friedman’s blueprint for pure capitalism—known as “neoliberalism”—was finally given its big chance in 1973 in Chile, when the democratically elected government of Salvador Allende was violently overthrown by Augusto Pinochet. From the outset, the brutal dictator relied on a group of Freidman-inspired academics known as the “Chicago Boys” to radically restructure the nation’s economy. Obstacles were removed by mass arrests, torture and summary execution. Shock capitalism was born: “The shock of the coup prepared the ground for the economic shock therapy; the shock of the torture chamber terrorized anyone thinking of standing in the way of the economic shocks. Out of this live laboratory emerged the first Chicago School state.”

Since then, this process of nondemocratic free market revolution has been repeated time and time again. Lacking the consent of the voters, Chicago Boys throughout the world have applied severe shocks to disorient the population, whereupon a period of rapid change could be carried out before anyone understood what was happening. Although these traumas were often violent, they also involved such economy-wrecking techniques as “debt bombs,” whereby a new government would be saddled with the debt of the corrupt regime it replaced. Once the society was put into a state of shock, long-standing public institutions could be privatized and plundered, leading to increased unemployment, hyperinflation—and vast wealth for corporations and well-connected individuals.

From post-Communist Russia and Poland to post-apartheid South Africa, the democratic aspirations of liberated people were thwarted by Chicago Boys, often working out of the I.M.F. and The World Bank. Nowhere was the incompatibility of shock capitalism and democracy more apparent than in China, where “democracy and Chicago School economics were not proceeding hand in hand; they were on opposite sides of the barricades surrounding Tiananmen Square.”

And it wasn’t just political upheaval that abetted these financial jackals. Natural disasters such as Katrina and the Asian tsunami of 2004 gave the Chicago Boys golden opportunities to outsource functions that had long been seen as primarily governmental, such as disaster relief. Sri Lanka was particularly hard hit by a “second tsunami” of developers who saw the destruction of traditional fishing communities as their opening to finally transform the nation’s pristine beaches into luxury resorts.

The result of this reliance on shock has been the creation of a “disaster capitalism complex,” which is “a movement that prays for crisis the way drought-struck farmers pray for rain, and the way Christian-Zionist end-timers pray for the Rapture.” With the attacks of 9/11, the complex came into its own. Since the tech bubble had already burst and venture capital was in search of new destinations, the world’s economy was easily transformed. “In just a few years, the homeland security industry, which barely existed before 9/11, has exploded to a size that is now significantly larger than either Hollywood or the music business.”

Disaster capitalism saw its culmination in President Bush’s attack on Iraq. For decades, Friedman and his chief acolytes (who include Dick Cheney and Donald Rumsfeld) had been searching for the perfect “blank slate” upon which they could write their free market theories; a nation whose existing structures and institutions had been completely stripped away. The U.S. military and L. Paul Bremer III obliged them. Seen through the lens of Naomi Klein’s analysis, the dogmatic insanity of the American occupiers—dismissing competent public employees and auctioning off functioning government services—makes horrifying sense, right down to Mr. Rumsfeld’s decision to allow the looting of the nation’s cultural identity.

The most problematic aspect of Ms. Klein’s book is her discussion of the special place torture plays in disaster capitalism. From Santiago’s national stadium to Abu Ghraib, torture has indeed followed close on the heels of Freidman-esque experiments, leading the author to assert that “it has been a silent partner in the global free-market crusade.” While this has a certain metaphorical aptness—Ms. Klein equates economic shock with electroshock therapy—the author occasionally seems to lose sight of the fact that Hitler, Stalin and Mao, the century’s grand torturers, were engaged in crusades that had nothing to do with free markets. Torture is a weapon not of capitalism but of all antidemocratic revolutions.

Despite the rampaging success of the Chicago Boys, Ms. Klein sees the makings of a backlash. Mr. Bush’s desire to turn Iraq into a strip mall has run up against intractable opposition, forcing him to scale back many of his more ambitious schemes. “Bush’s in-house disaster capitalists didn’t wipe Iraq clean,” Ms. Klein notes, “they just stirred it up.” And there’s encouraging news from Latin America, the birthplace of Friedman’s experiment, where democracies likes Brazil, Uruguay and Venezuela are opting out of the I.M.F. and turning their backs on free market “reforms.” Some people, it seems, have seen so many of the Chicago Boys’ tricks that they can no longer be shocked by them.

THANKS FOR VISITING - Re-posts are not endorsements, I never learned from a man who agreed with me

THE BEST IN (Thinking Green) "Frank Herbert points out that the promise of the first blush of the environmental movement (e.g., Earth Day, 1970) is fading as popular concern for the environment inevitably gives way to political expediency. This provides him with the opportunity to reconsider the social hierarchy, and how the problems of a whole world are not amenable to the short-term thinking that human specialists adopt.Short-term, absolutist thinking creates as many problems as it purports to solve." Quote: Frank Herbert: The Works: 8.17 Introductions All Around. www.frankherberttheworks.blogspot.com If you're a Frank Herbert Fan, this site is for you.

The following articles do not represent the views and opinions of me... I think some are interesting, I agree and disagree with many. Just because I disagree with an opinion does not mean I can't learn from it.

Any and all statements made about products on or through this blog site are not intended to diagnose, treat, prevent, or cure any disease or medical condition. Any information provided on this site is for informational purposes only and is not intended as a substitute for advice from a health care professional.

No money is made from this blog. 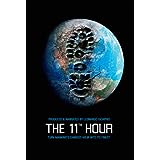 THE BEST IN (Thinking Green)

"Herbert points out that the promise of the first blush of the environmental movement (e.g., Earth Day, 1970) is fading as popular concern for the environment inevitably gives way to political expediency. This provides him with the opportunity to reconsider the social hierarchy, and how the problems of a whole world are not amenable to the short-term thinking that human specialists adopt.Short-term, absolutist thinking creates as many problems as it purports to solve."
Quote: Frank Herbert: The Works: 8.17 Introductions All Around.
www.frankherberttheworks.blogspot.com
I finally found it, the web link to this quote. If you're a Frank Herbert Fan, this site is for you.